Key Excerpt: “Ever since the video came to light, it’s led to a big debate over toughness in the military.” Former Navy SEAL Robert O’Neill, who was part of the team who killed Osama bin Laden, tweeted, “Your pronouns are shipmate/shipmates. There. I just saved the taxpayers millions by avoiding ridiculously useless training.”

Ricardo’s Summary: I want to be really careful and respectful here but if you’re a leader in an organization, you’ve already come face to face with the great pronoun debate. Well, now the United States Navy is having this raging debate as well.

On the linked page, you can watch the video of two sailors discussing this subject. One says, “Using the right pronouns is a really simple way to affirm someone’s identity. It is a symbol of acceptance and respect.”

I know leaders who feel like they are being bullied into using pronouns when the whole thing just doesn’t make sense to them. If you do a quick review of LinkedIn, where they make putting your pronouns easy, you’ll see that almost everyone who looks like a man uses “he/him” and almost everyone who looks like a female uses “she/her.” So why all the fuss? People are now walking on eggshells over whether they can say, “yes, ma’am” or “yes sir.” Is this a good thing for our culture? Well, that’s for you to decide, not me. I can only help shape your thinking.

Personally, I don’t put pronouns by my name. I think it’s quite evident I am a male and I have no need to have you identify me beyond just calling me Ricardo. The reality is that the whole row isn’t even about identity, it’s about identification. You see, identity is how I see myself, not how you see me. Identification is how others see me. My personal take is I can’t control how everyone else sees me, and frankly, I’m not going to lose sleep over it. But, to each their own.

One thing is for sure, if you are a leader in a mid to large size organization, you’ll have to determine how you want to handle the pronoun craze. And, I suppose if someone wants to be called by a different pronoun, well, that’s their call, and you can choose whether to honor that or not. If you choose to do so, that’s great, if not, well that’s your call, and just be aware that it could cost you their allegiance, and in a worst-case scenario, you could end up called out because you weren’t willing to do so. Only you can decide how important that is to you or not.

You can watch the video and read the whole article here.

You and your culture matter, 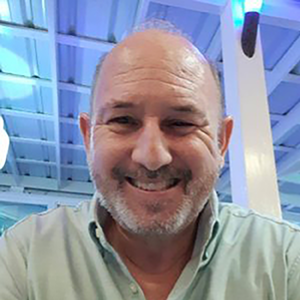 Ricardo González is the founder and CEO of Bilingual America. He is the author of multiple books on cultural communications and is considered by many to be one of the foremost cultural experts in the world.

Learn more about him here.